Openvpn in EC2 for Chromebooks : Part 2

ChromeOS has a minimalistic design does a fairly good job at hiding the complex internals of the operating system. But deep inside it still runs linux and has a full blown openvpn client. In this post I'll show you how to use "ONC" (Open Network Configuration) format to configure OpenVPN client inside ChromeOS. This file is very similar to an .ovpn file.

The core scripts which did the cert conversion and created the sample ONC file was contributed by Ralph by reading the ONC documentations by himself. If there is a bleeding-edge user of chromebook.. he is the best example I can think off.

These scripts are now published on github and here is a step by step guide of how to use it.

Step 3: Find the IP address of the new instance.

Step 4: SSH into the server 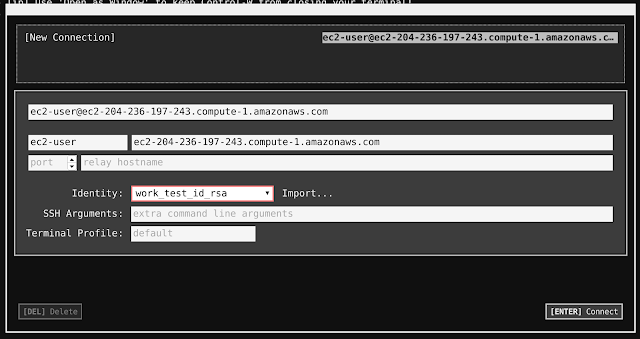 Step 7: Wait for the email. Download the ONC file attached.

Step 9: Try to connect to the openvpn server 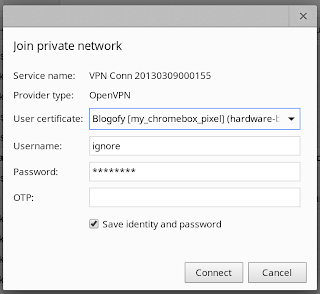 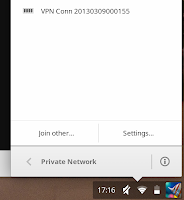 Step 11: Verify if its traffic is being routed through amazon

Ralf Robert Stebner said…
This comment has been removed by the author.
8:05 PM

Ralf Robert Stebner said…
don't get me wrong, the rest is very impressive and well documented by yours.
8:07 PM

Royans Tharakan said…
Definitely. Let me add you as a contributor.
This is awesome stuff.
2:11 AM

gli1pk99gr said…
We perceive the duty of picking an excellent slot machine can be tough with so many options obtainable. When making an attempt to uncover what's the most popular slot machine, high 퍼스트카지노 payouts and high jackpots are at all times essential. Titles that do this include Thunderstruck, Mega Fortune and Wizard of Oz.
7:42 AM

Most people prefer to disagree with the masses on whether they like sunny side  up or scrambled eggs. And the form of getting patches is no different. If you ask an IT administrator (which is the person applying patches in most corporate organizations) they will tell you horror stories of how patches can go wrong and would be happy to give you examples of why every patch needs to be individually tested before deploying.  But my dad, for example, doesn't care about patches, and while he won't go out of the way to install a patch, he may be ok with patches being pushed to him automatically.   This debate  reminds me of another interesting debate in the Web-Operations world about " continuous deployment ". In that case the debate was whether applications should be deployed in scheduled releases (for example every quarter) or whether it should be released as things gets developed and pushed. If you think about this a little more it would be very clear that the developers
Read more